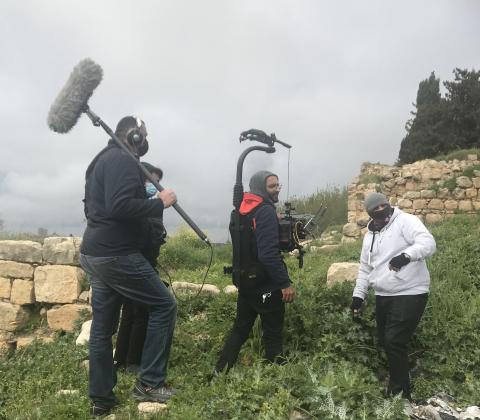 The production of the short film “Palestine 87” by Bilal Al khatib was wrapped in Ramallah.

The story takes place during the 1987 Intifada, about Atef, who’s while being pursued by the IDF, finds himself trapped in some lady’s yard, who decides to hide him in the bathroom with one of the daughters in an attempt to save him from arrest.

The film has mainly a Palestinian crew.

Supported by the Palestinian Ministry of Culture.

The film is now in Post-Production.
We hope that “Palestine 87” will take part in the 8th edition of Palestine Cinema Days 2021.