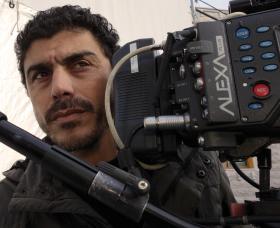 email:
Send Email
website:
Open Link
Previous work :
Cinematographer on "Omar" by Hany Abu Assad
Cinematographer on "The Idol" by Hany Abu Assad
Pofession:
Camera Department
Production Department
Cinematographer
مصور
Ehab’s cinematic background started in the 90s as a 1st camera assistant on over 30 feature films and some iconic Hollywood’s films such as THE INSIDER , THE APOSTLE,The Body and Sling Blade under multi-award-winning cinematographers like Vilmos Zsigmond, Dante Spinotti, Barry Markowitz,and david Burr . In Palestine he continued as cinematographer in short projects and documentary and then Ehab moved into producing, In his company Yellow dawn productions, which services incoming co-productions shooting and producing it’s own projects, The company first big project was on the award winning period drama by Elia Suleiman, THE TIME THAT REMAINS in 2009 and in 2010 “Amazing Love” by Kevin Downes after that the company produced 5 short films with first time Directors and 2 of them had a made there feature film Rani Massalha ” Girafada” and Maha Haj “Personal affirs” that Ehab served as a executive producer. Ehab shoot his first feature film with acclaimed director Hany abu Assad on his film “OMAR” and he won the Silver frog for “OMAR” at Camerimage 2014 Cinematography awards , Ehab had another collaboration with Hany Abu Assad on his latest film “ THE IDOL” in 2015 .