Open-Air Cinema ... Cinema for everyone, everywhere 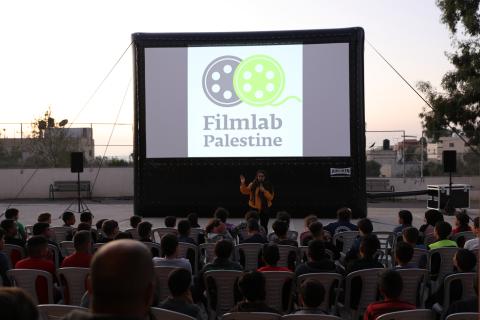 Filmlab: Palestine has launched the project "Open-Air Cinema", through which the organization will be able to carry out film screenings in various Palestinian areas, especially hard-to-reach ones.

Screenings of Palestinian, Arab, international, kids and family films of which Filmlab: Palestine holds their distribution rights, will be organized in all areas of Jerusalem and the West Bank, focusing on marginalized and less fortunate communities.

It is worth mentioning that the plan was to launch the "Open-Air Cinema" during the activities of Palestine Cinema Days Festival, organized last October by Filmlab: Palestine, for the sixth consecutive year. Unfortunately, the scheduled screenings were not implemented due to the detention of the equipment by the Israelis, which delayed the arrival of the unit until the festival was over.

On Sunday, November 3rd, the first screening of the "Open-Air Cinema" was held in the village of Kobar, northwest of Ramallah. The family film screened was the German film "Checker Toby and the Secret of Our Planet". The film is dubbed in Arabic “Palestinian dialect" by Filmlab: Palestine.

A team of Austrian experts trained the organization's staff on how to operate, show films, and maintain equipment. The experts were also present to oversee the first “Open-Air Cinema” screening in Kobar. 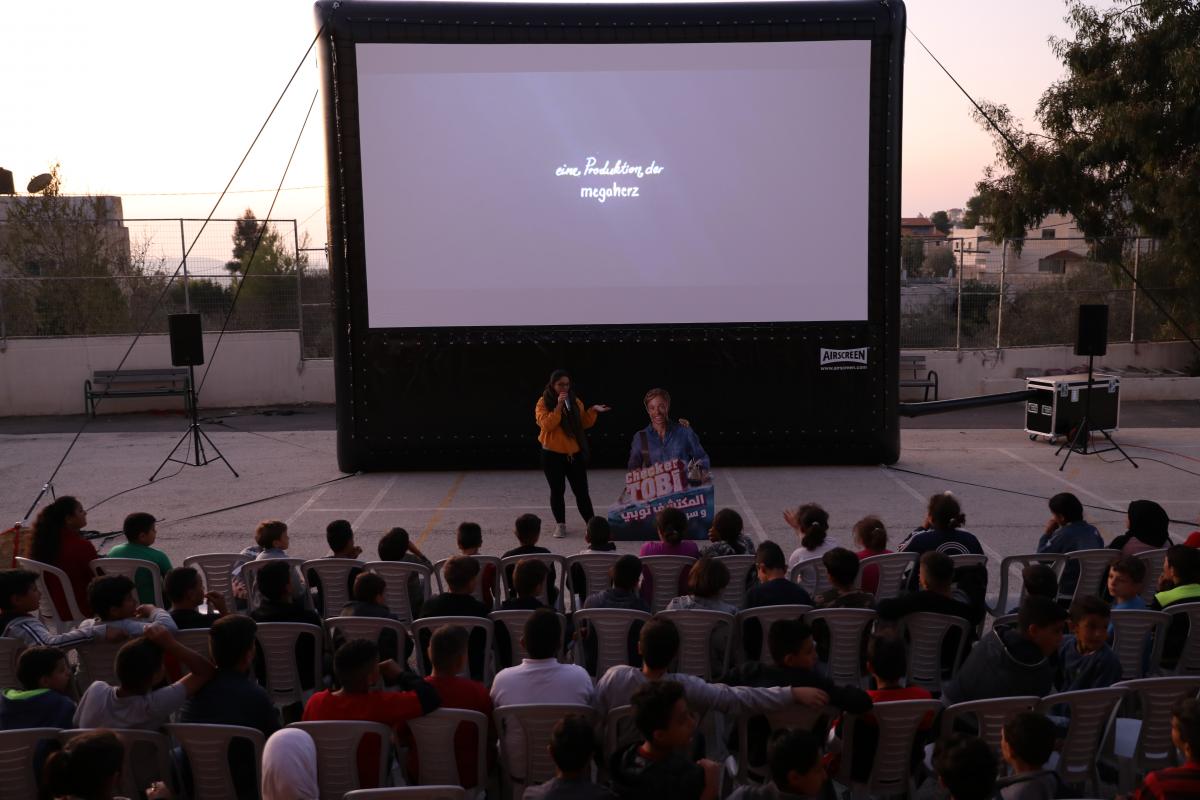 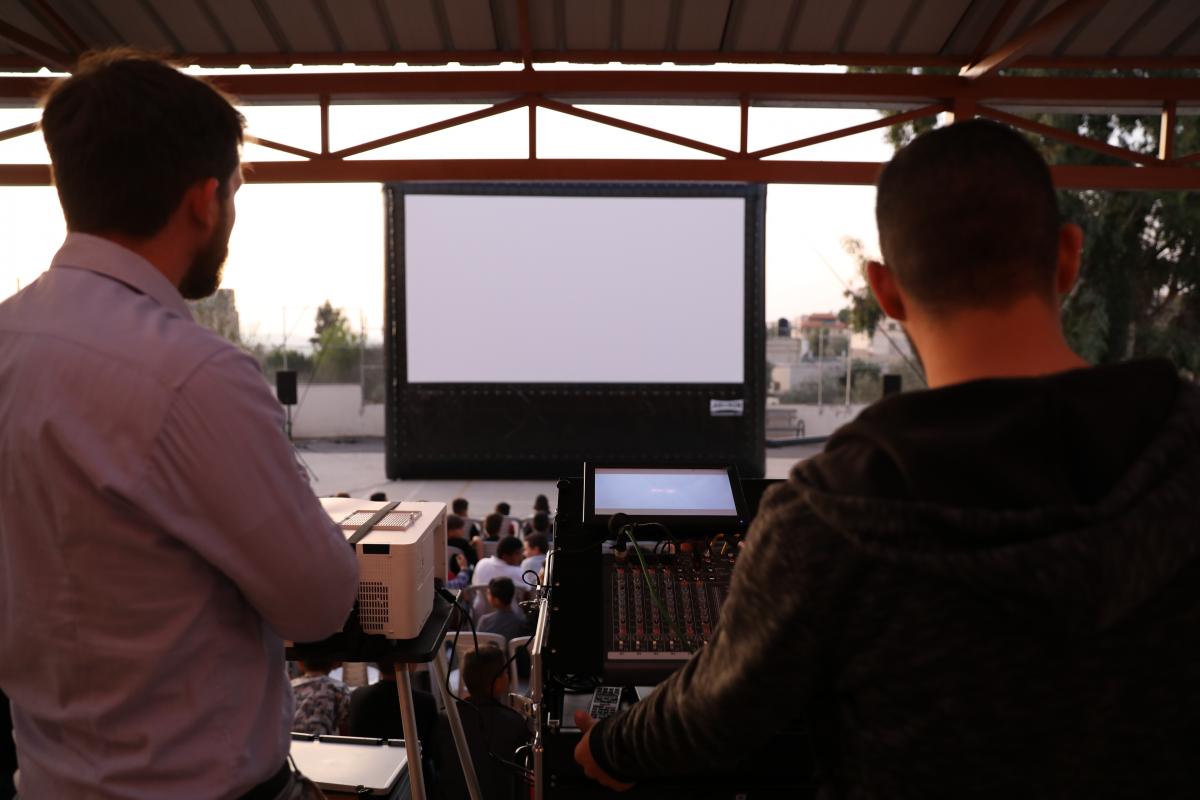 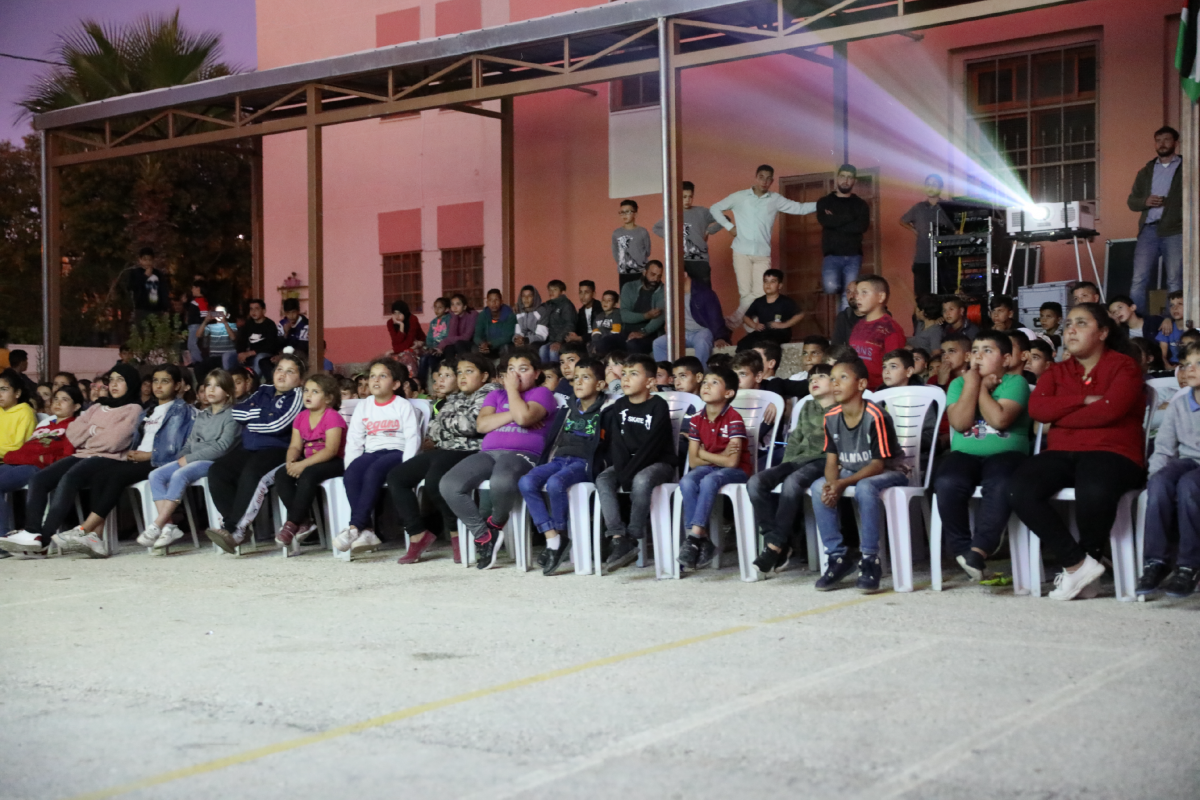 The “Open-Air Cinema” is easy to transport and set up. This technology offers high-quality image and audio to a large audience of up to 500 viewers per screening.

Through this project, Filmlab: Palestine, will work anywhere, challenging the movement difficulties, making all places available; from orchards to yards, rooftops or even parking lots. The “Open-Air Cinema” is a new tool that supports the organization's various programs, especially the “Next Generation” Program that is implemented by Filmlab throughout the year in Jerusalem, West Bank and Gaza Strip, seeking to promote cinema culture and encouraging filmmaking and expression skills amongst the Palestinian young generation.